On September 29th 2017, OLEUM was presented at the 2017 European Researchers' Night in Bologna. The event was a big success thanks to the attendance of a widely interested audience.

OLEUM was presented by Prof. Tullia Gallina Toschi, Dr. Federica Tesini and Dr. Sara Barbieri (University of Bologna) in an interactive laboratory focused on how to recognise good quality olive oils, with special attention on the valuable healthy and sensory properties of virgin olive oils. 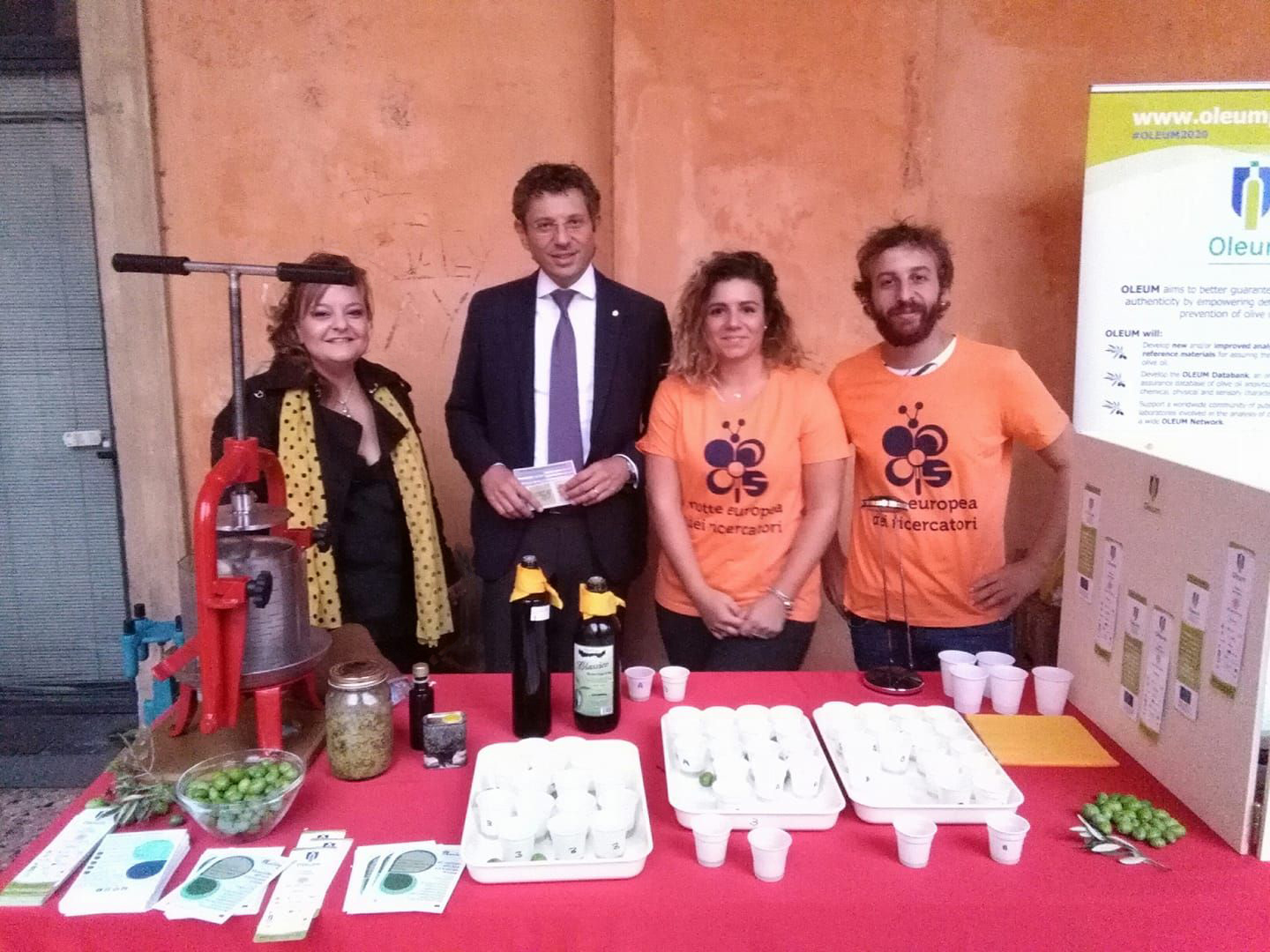 “Researchers and the Rector of the University of Bologna, Prof. Francesco Ubertini, at the OLEUM interactive laboratory.”